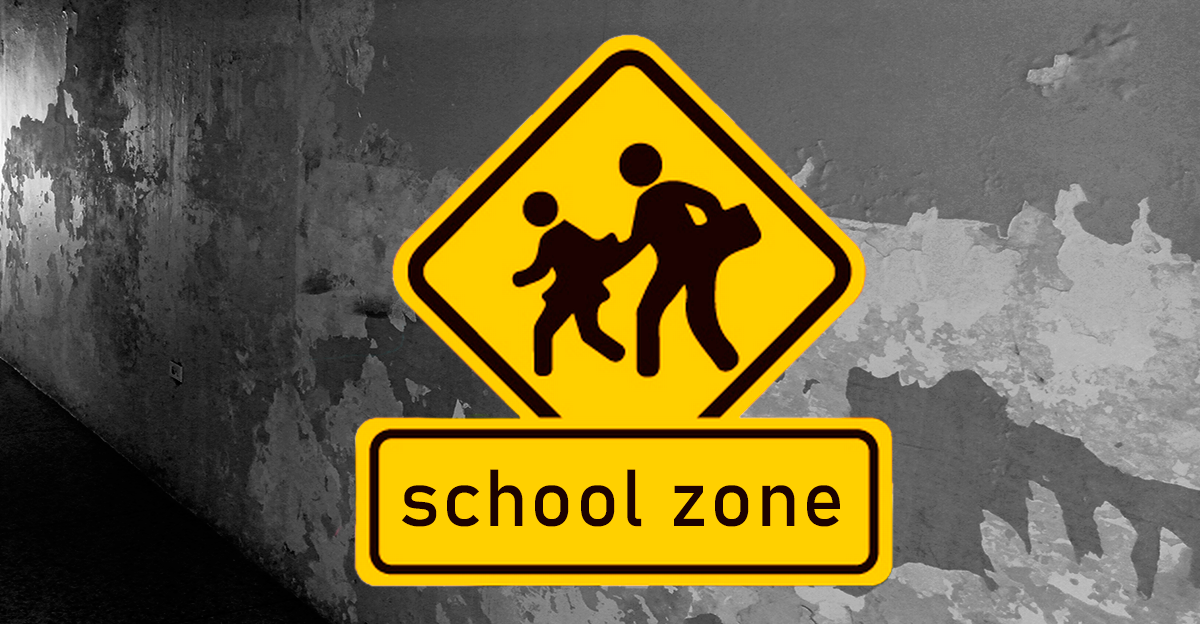 – - Really, what terrified me the most was that someone would call him "mongoloid" - This is one of the first things Francisco says, in the distance of our computer screens, at the beginning of this session of daily catharsis for the father whose every day begins and ends with a single purpose: Juan Ernesto, his 14-year-old son who lives with Down Syndrome.

The son who tooke his life and turned backwards.

– - We get along well, actually, as much as it is possible to do with a boy of his abilities. Sometimes I have had the joy of forgetting what happens to him and I have treated him as a budy, just like you or me; what people call "a normal person"though, and well... you don't know what it's been like... -Francisco's laughter echoes amplified in the horns of my computer; on the screen, I can see his amused gesture, his pixelated eyes and his hand moving in the air of that space taken to heart by the smoke of the countless cigarettes, and the need of talking.

- Look, we are not going to go into the many theories, more or less accommodating, of what that means for a family. I'm not a believer, so I don't have that thing of many parents who thank God for the opportunity to raise a Down's child. If I'm totally honest, and I say this every time I'm invited to talk about it in public, it took me a while to learn to accept it and see it as an opportunity. At first I spent hours crying over it. I'm not ashamed to admit that I even came to think of him as an ugly child. It was something that tormented me a lot - a brief silence accompanies the lighter and cigarette pause that allows him to settle his thoughts.

This time we both laughed out loud.

Francisco got married at the age of 30. An engineer, with a stable job and a relatively comfortable life, he enjoyed two years with his wife in which there was only room for the two of them. They traveled frequently, went to the beach a lot, were gym fanatics and lived in a Caracas that was beginning to crack on sides that did not affect them. One day, without looking for it, they discovered, with illusion, that they were pregnant.

That illusion turned into an unlivable anguish the day they began to know that something was wrong. Although it was never fully confirmed, in the fifth month of pregnancy they were told that there was a high probability that the child would have Down Syndrome.

It was a martyrdom that culminated with the birth, on April 6th, 2007, by means of a complicated cesarean section, of a baby boy whom they were able to meet two days later. They had to live 48 hours of inconceivable anguish until the complete truth was revealed to them.

– - I only thought, in the midst of my infinite sadness, how we were going to educate him. Just that. I couldn't get the idea out of my head, even though at first I couldn't even look at him without crying.

For the mother it was much worse, she was never able to accept what had happened and build a bond with her son. When the child was 6 months old and without any logical explanation, she disappeared from both of their lives, forever. 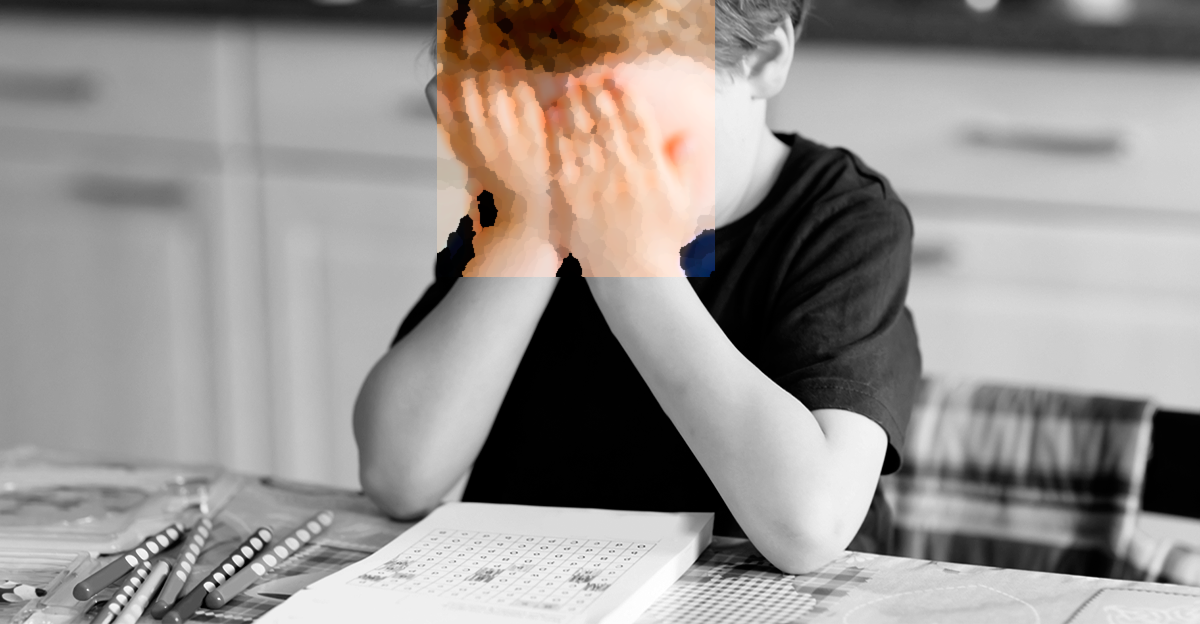 Learning to live with Down Syndrome

In Venezuela, Francisco's case is not inusual. Although there are no official statistics, it is estimated that we have approximately 30,000 people living with Down Syndrome and that only, a small percentage receive the attention and emotional support they need to fully develop within their special characteristics.

– - I could spend weeks talking to you about the history of Special Education in Venezuela: look, when you are faced with something like this and you decide to face it, the best thing you can do is to start looking for information and if I tell you the truth, here the only progress you can talk about is theoretical, legislative and conceptual. The Venezuelan state has not done anything important for people living with Down Syndrome and the subject has such a long history that talking about it is already enough of an ordeal.

Francisco refers to what the researchers Fabiola Lozada and Elizabel Rubiano, from the Universidad de los Andes, wrote in their analysis on Special Education carried out in 2015.

– - We have been following this story for a long time, when we began our studies in this field. Ten years had already passed since the ministerial instance, that later became a modality, and that we were able to get through documents, testimonies and experiences of others. From our perspective, we cannot speak of better times; the challenges and needs of coverage, modernization and research, the fragmentation of social and educational contexts that are not very favorable for inclusion, have remained as general constant problematic situations, although conditions, contexts, population density and times vary.

This comprehensive research serves as an anchor in this dialogue with a man who seems to know everything about the subject, as he has dedicated the last 12 years of his life to understanding it. With Lozada and Rubiano he partially agrees, although he is quick to clarify that Venezuela has no public special education institutes.

– - To tell the truth, I can not say that there is an educational option for the child born with retardation in a fishermen's neighborhood in Carúpano, for instance. Perhaps, for that child, there is neither a private nor any other option; much less now with this deep crisis.

The subject gives a lot to talk about. Currently, the discussion is divided between parents who believe that their children with special needs should share school with those children who do not have special needs, and those who believe the opposite. Francisco (here I must make an important clarification: when he speaks about the educational issue, he does it – somehow - on behalf of a good number of parents of children with special needs to whose protection he has been dedicated for some years, in the lowest of profiles) thinks that this theory of integration is perfect in a culturally and emotionally suitable space.

– - But, this is Venezuela, forgive me for saying it this way; it is that, frankly, our teachers do not have the capacity to attend these cases, because they are not prepared beyond their good will. That is one of the great failures of the state.

In theory, the school contents and the requirements for the permanence of students in official and private preschool, elementary, middle school, diversified and professional levels, is not only directed to regular education students, but it includes people with special needs, because this would allow to promote and strengthen the rules for the school integration of people with special educational needs.

In fact, it is established that all public schools of the different levels and modalities must guarantee the admission, continuation and completion of students with special educational needs, after fulfilling the requirements for their integration, with the support of internal services.

The reality is quite different. Although it is almost impossible to find formal complaints from parents whose children have been rejected in certain public or private schools for requiring special attention, both Francisco and two other parents consulted for this article (and whose personal information has been requested to be kept confidential) assure that it happens quite frequently.

- There are still schools where there is talk of "mongolism" and similar crazy things; in addition, there is a notable increase in perfectly avoidable accidents that happen to children who are blind or who have difficulty moving around independently. Not to mention the uncontrollable (and uncontrolled) bullying that these children have to endure -

The speaker is Aura Espinoza. She has been involved in various special education initiatives since she obtained her degree as a Higher Technician in Special Education at the AVEPANE Institute of Caracas, Venezuela. 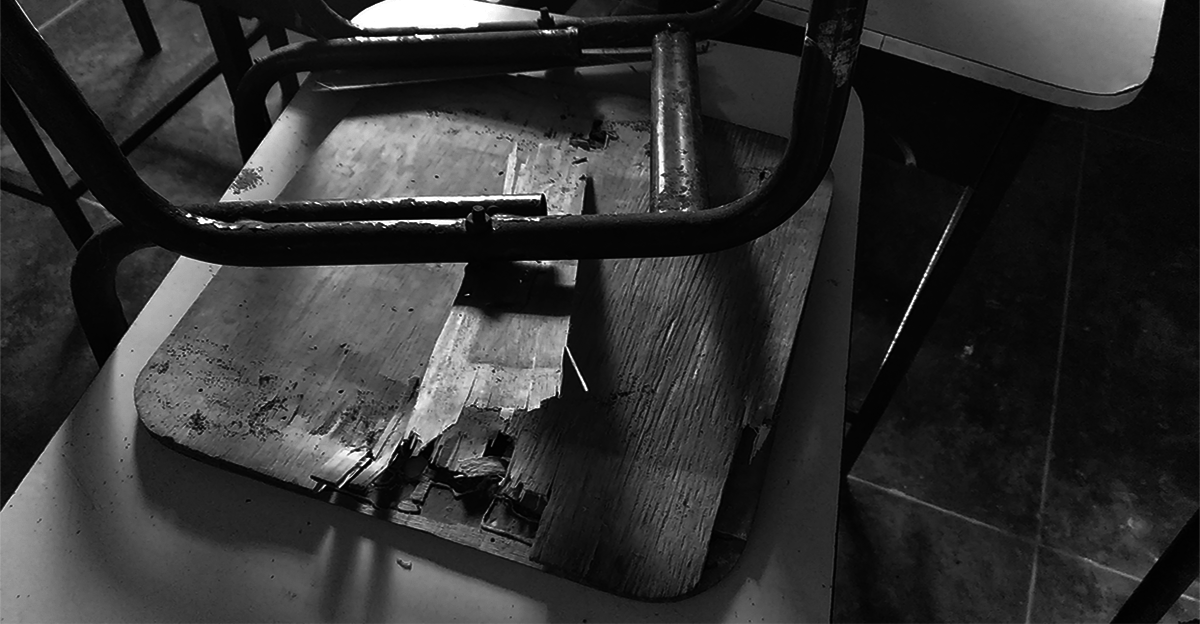 A Brief Response To A Long Period Of Neglect

None of the parents or teachers questioned for this story give credit to the Bolivarian Government. They all strive to make clear that only private initiatives and philanthropy have "saved the lives" of people living with special needs. Aura and Francisco, both present in a later conversation, draw the most graphic and ironic picture:

- If there is no sidewalk where wheelchairs can comfortably travel around, how do you think we can talk about special conditions in public schools, for children who need them?

Juan Ernesto has been attended since he was 5 years old in INVEDIN, an old and very prestigious private institution dedicated to children with special needs. His father has been involved in his education in such a way that his, is considered by many of his friends as a unique case, perhaps unrepeatable.

- It's no big deal, I have a Down child in a country that is falling apart. What do you want me to do? It is extremely difficult because there are no answers beyond the private ones, So, I can access private options and my son is fine because of that. But what if I could not?

Francisco's question, seconds before saying goodbye because he has to pick up Juan Ernesto at the neighborhood stadium where the boy goes every day without fail, shocks the illuminated environment of the screen.

It is Aura, the special education teacher, who proposes an answer.

- It is very simple, the child who - for whatever reason - does not have access to the private initiative, can only aspire to the deepenest his special condition. In Venezuela there is no other alternative.