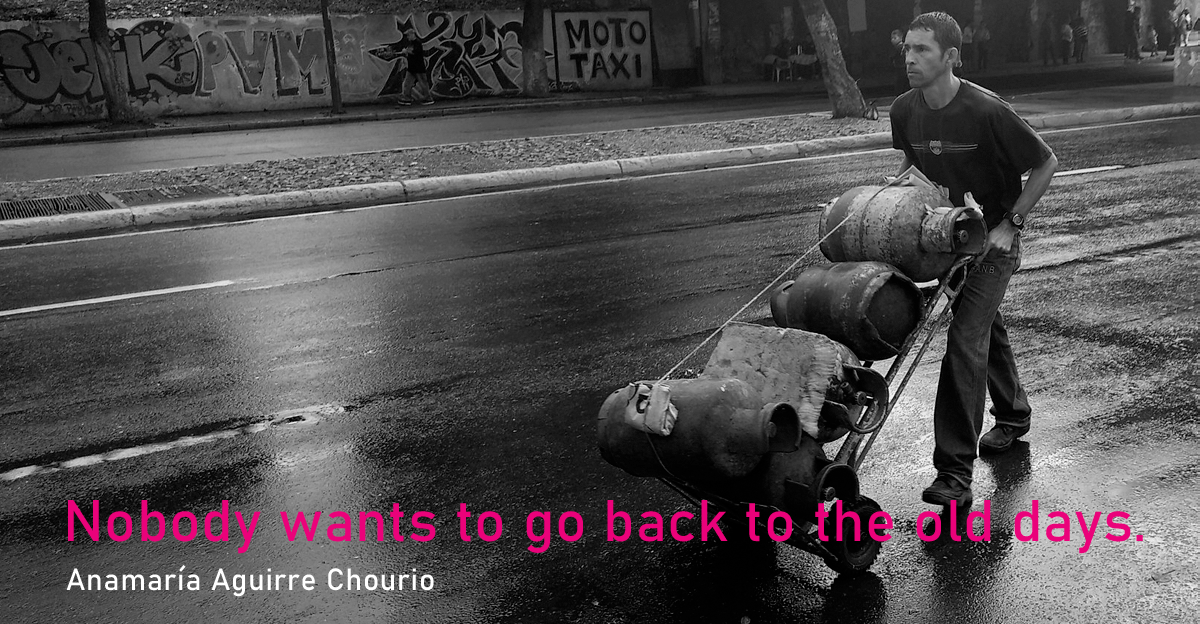 For Estela, the day begins at 4:30 in the morning. The silence at that time, paradoxically, is deafening. While everyone is sleeping at home, she begins her daily work. She gets up trying not to wake her granddaughter who is sleeping with her in the same bed. In the other room her daughter sleeps. 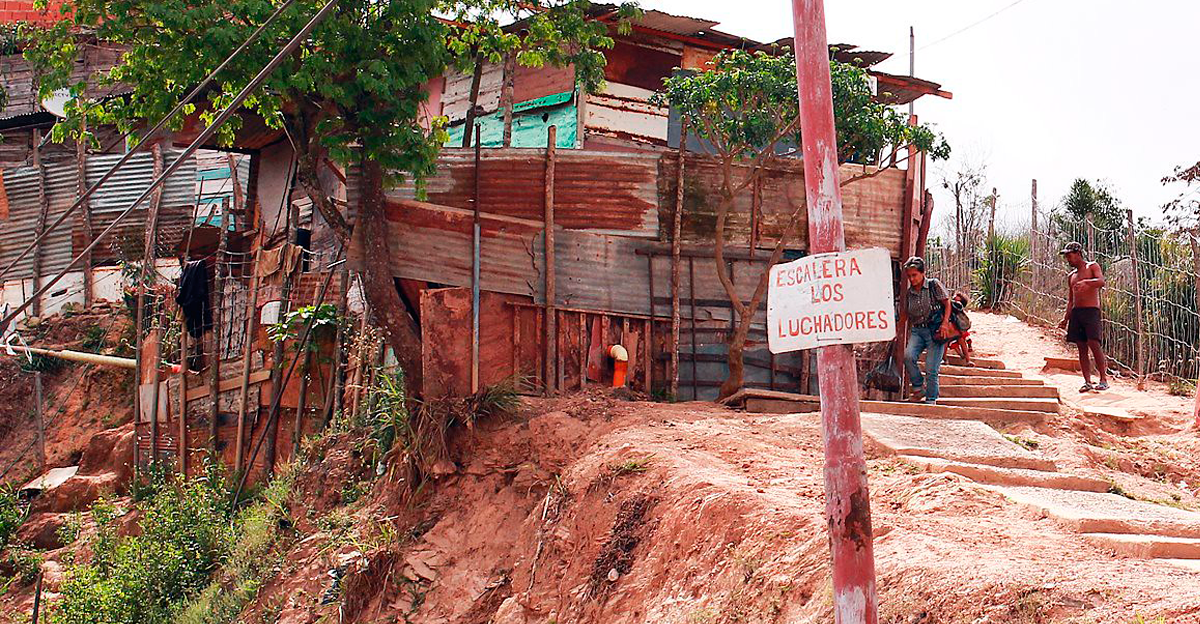 Estela's house is humble, with block walls, steel ceilings. At the time he built it, she was able to put electrical wiring and pipes to all parts of the house that required it. Today that would not be possible, she knows it very well because for more than a year she has not been able to repair the broken pipe that drains her kitchen drain. Estela, like many women in Venezuela, is a single mother. She has worked as a house cleaner since she was 14. With the salary he received 25 years ago, he could rent a small room where he lived with his three children and after many sacrifices he was able to buy a piece of land in a rural area within the city of Mérida where, after a few years, built his humble home.

A few years ago, her day did not start so early, but now, despite the fact that she is almost 70 years old, she must work harder than ever.

Before the pandemic, domestic gas service had stopped reaching her area. Living in an isolated community in the city, the shortage of gasoline had made the freight of the truck that transports the cylinders unpayable for most of those who live there.

Dariela *, Estela's daughter has been asthmatic since she was little. Due to her condition there are many activities that she cannot do regularly. Mother of two small children, she has chosen to work as a merchant from her home, in this way she can give an extra income to her home and take care of her children at the same time. Dariela * sells cigarettes, vegetables and recharges phone credit. For a time she helped her mother with her house cleaning work, however, the scents of the cleaners caused her asthmatic attacks that had to be treated clinically and she had to stop doing it. Conditions such as cold, humidity, dust, chemicals with strong odors, or smoke can cause her condition to flare up aggressively. 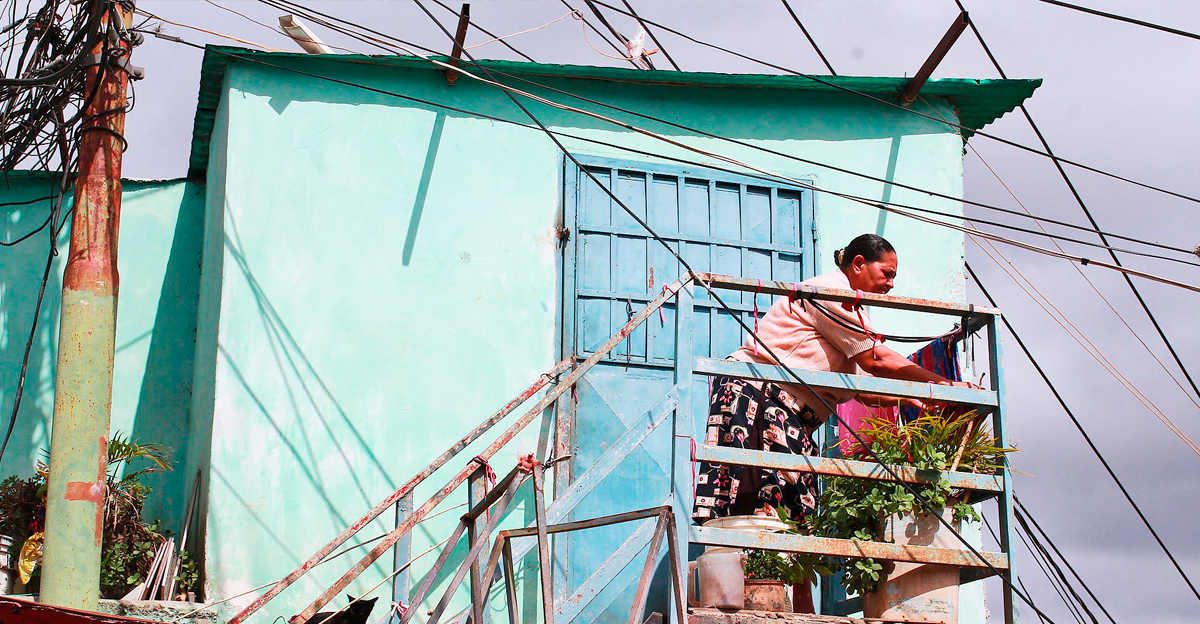 Added to this, the gasoline shortage has decreased public transportation to and from the community where Estela and Dariela live which is located on a small mountain about twenty minutes from the city. Dariela, because of her asthmatic condition, cannot afford to walk that route daily, to avoid a health problem they cannot attend to, so, Estela is the one who must do so much the trades cleaning, to have secure weekly income, as well as the purchases of the merchandise that Dariela sells.

This is why Estela's day starts so early. From 4:30 a.m. she must prepare to set up a fire in which to prepare the meal of the day for the whole house. Due to the dollar costs, it has been impossible for them to purchase an electric range that can replace the gas range at home. Like many people on the outskirts of the city - and within it - they have had to resort to cutting down trees to improvise fireplaces in the small spaces that their homes allow.

–-It's as if we go back to the time before-Estela says when she talks about cooking on the stove. - In the town we did that, but when I was a child, and thank God I learned to do that when I was little, if not, right now I don't know how I would be doing ... -…-

The impact of this practice has not yet been estimated with certainty, however, journalistic studies indicate that more and more areas of the state of Mérida are participants in this ecocide.

Saving gas consumption and making the most of it not only diminished the quality of life of Estela's family, but also began to seriously affect the health of her family nucleus and her neighbors.

Despite the conflicts she has with her neighbor Enrique, Estela continues to cook with firewood. Enrique lives a few meters from Estela's house, his house is located on a higher ground because they both live on the side of a mountain. Every time Estela lights the stove, inevitably the smoke enters her house. There are many discussions that both have had about this situation, however, the solution seems to be out of their hands. 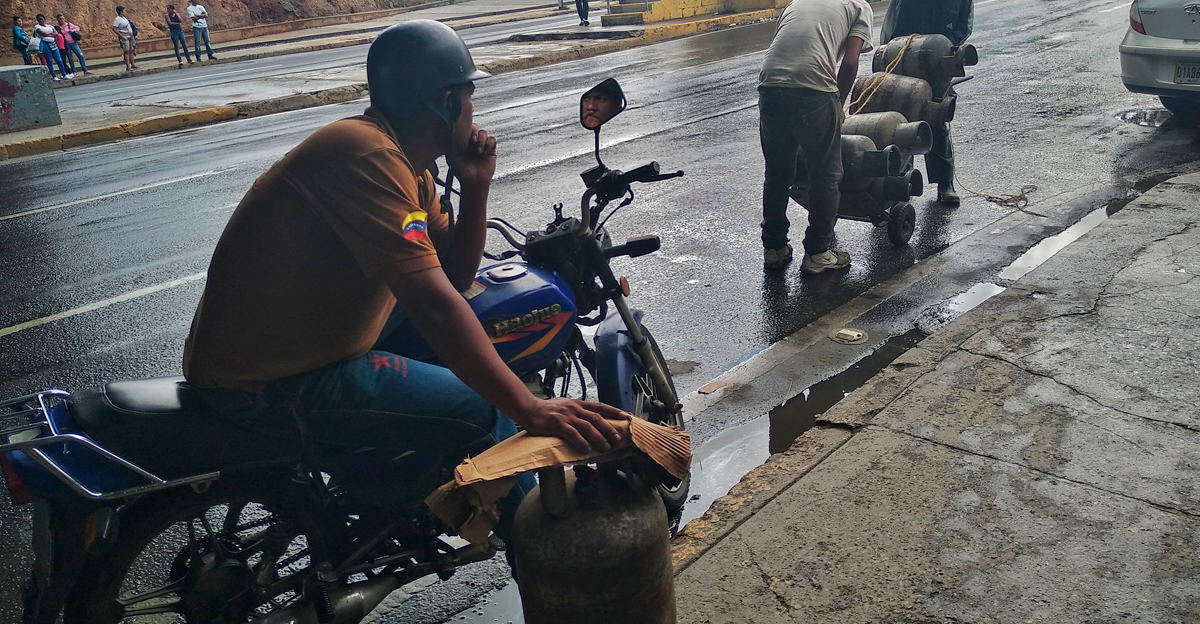 As neighbors, they have come together to protest the shortage of domestic gas, closing the passage of vehicular traffic and sending statements through journalists, however, the measures taken by the entities that control the distribution of domestic gas have been insufficient. The Community Council of the area, a neighborhood organization established by the socialist government, has processed different operations in the place so that the residents can obtain domestic gas, but being on the outskirts of the city, the cost of transportation makes the payment of the transportation costs impossible to most.

Enrique works as a motorcycle taxi driver, thanks to his constant work, he could support his family, however, since the gasoline shortage began to impact all of Venezuela around 2019 and added to the hyperinflation that began at the end of 2017, Enrique's work has been diminished.

Before all this, he had a regular clientele and could work 10 hours a day to take care of his family. His son, Martín *, is 20 years old and had to drop out of university engineering studies at the end of 2018 to work full time and help his family. Martín began to work doing small tasks on the internet and repairing different electrical and electronic devices. The general blackout in the country during March 2019 set a precedent because from there, its economic activity collapsed, since frequent electrical blackouts that could last between 2 and 8 hours per day prevented it from being able to carry out its work with the often need to help your family. At the end of 2020, in view of the fact that the economic and employment situation did not improve, and with the health risks of the pandemic, Martín went to Colombia in search of a better life that would allow him to help his relatives in Venezuela. 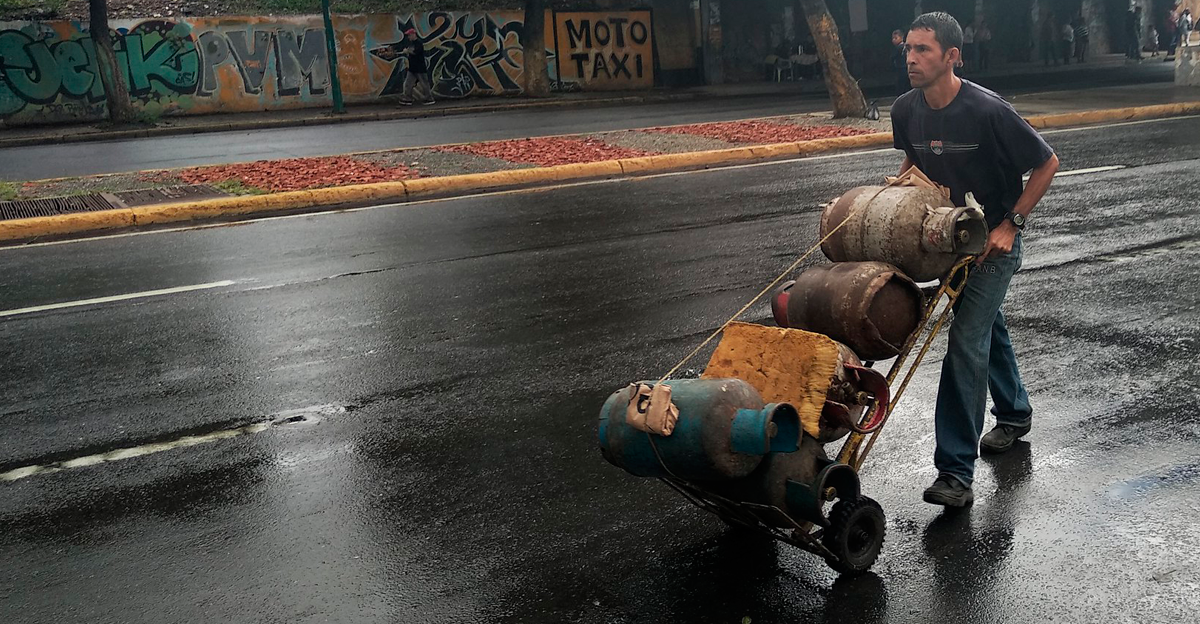 Estela has made the decision to dedicate Sundays to planting a garden on her land that allows her to supplement the daily diet of her family. Despite the fact that Dariela helps her, due to her condition, she cannot exert much physical effort. Without a day off in the week, Estela takes advantage of the evening hours to spend time with her family and take care of cleaning her home. If the electricity service allows it, the four of them meet in front of the television to watch a program and share as a family. This is an exceptional activity that only occur a couple of days a week since generally in his parish, there is no electricity at that time. Enrique has had to show solidarity with Estela and her family and allow her to cook once a day on firewood, it is the agreement they have reached in order to maintain peace as neighbors. On some occasions, Enrique, in view of the lack of electricity, has had to ask Estela for help to cook her food on the stove.

The shortage of public services affects everyone equally in Venezuela. Failures in the distribution of domestic gas and fuel are not only due to structural problems that have been neglected for years, but also hyperinflation that reduces the purchasing power of citizens, makes it increasingly difficult for them not only to improve their conditions of life but to survive