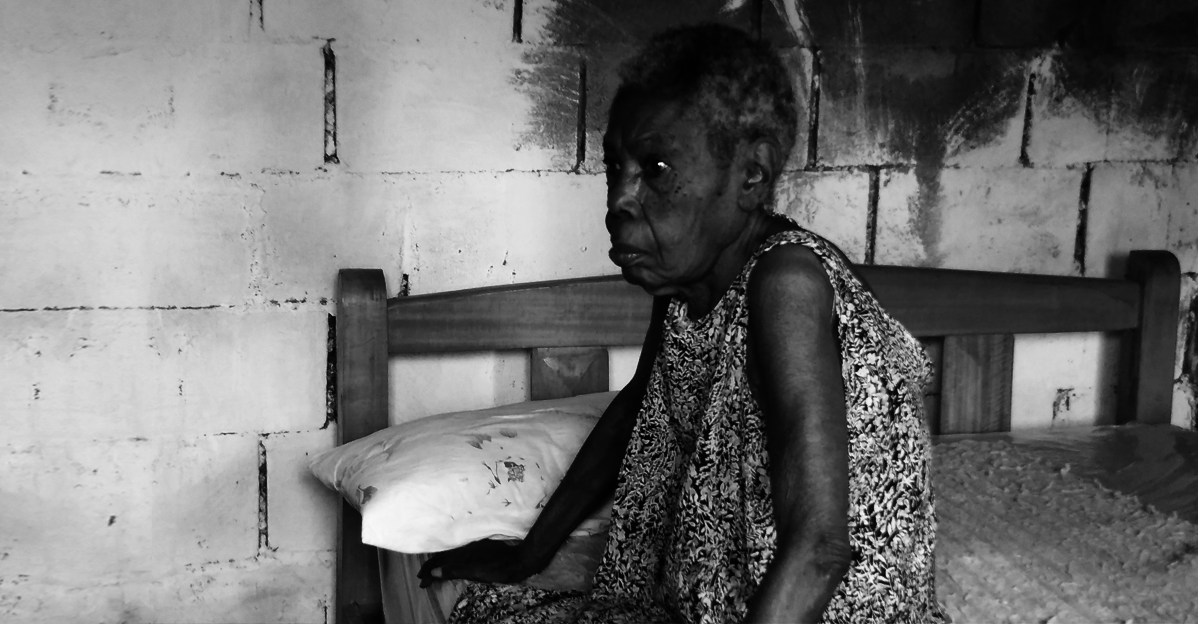 Only 46% of the households surveyed in the province of Sucre consume fish less than three days a week. 53% do not eat fruits, 90% do not include legumes on their plate, 77% do not eat green vegetables and 96% do not eat animal protein.

Jesús Millán has always lived in La Soledad de Cariaco, a small town located in the state of Sucre, municipality of Ribero, in eastern Venezuela. From a very young age he dedicated himself to building houses, a trade that, in other times, was well remunerated but with the arrival of the economic crisis and food shortages he was forced to dedicate himself entirely to sowing, so he would be able to eat, but also to survive.

From Monday to Saturday, his days begin at 5:30 a.m. As soon as he has breakfast and coffee, he goes to the plantation or "Hacienda Millán" -a four-hectare extension of land- as he affectionately calls it. Jesús, 65 years old, says that he tries to leave before the sun rises so that the day will be good for him, since he has to walk four or five kilometers from his house to the sowing field.

He stays in his field until 11:30 a.m., he says he cannot stay longer because the sun is inclement and he does not have any means of transportation to make the trip easier. When the harvest is complete, he says he has to carry it on his shoulder, carry it in a wheelbarrow or pay $20 to have the load taken to his house.

Millán said that he mainly harvests corn, an indispensable cereal in his diet, and the crop he can make the most of, although he also grows cassava, sweet potato and pumpkin.

He explained that 60% of everything he harvests is for his personal consumption, the other 40% is for commercialization. It's not much profit, but with that I can solve some things around the house and it also makes me feel active - he said.

The farmer says that, in general, the main protein they consume is fish, which is becoming increasingly inaccessible because is sold in dollars. He assures that it is rare when they consume red meat. Sometimes they are able to consume chicken but only the ones they raise in the back of their house.
A daily lunch for Jesús and his wife is usually corn arepa, cachapa (a corn flour pancake) rice with fish, or any tuber with fish. They rarely incorporate vegetables and dairy products to their plate.

Millán has no other source of income and because of his age he can no longer work in construction. He says that when it is not harvest time they have a "tight" time with food, even though their children help them and he receive a pension and government bonuses.

The farmer suffers from hypertension and mitral insufficiency in his heart, for which he is on strict medication for life. He explains that even when he has a good harvest, he cannot afford the full treatment. My friends and my children help me with the pills, but if I take one I don't take the other - he said.

He questions that the government does not help the small producers of Sucre state who plant to eat. For them it is very difficult to access fertilizers and pesticides because of their high prices in dollars. 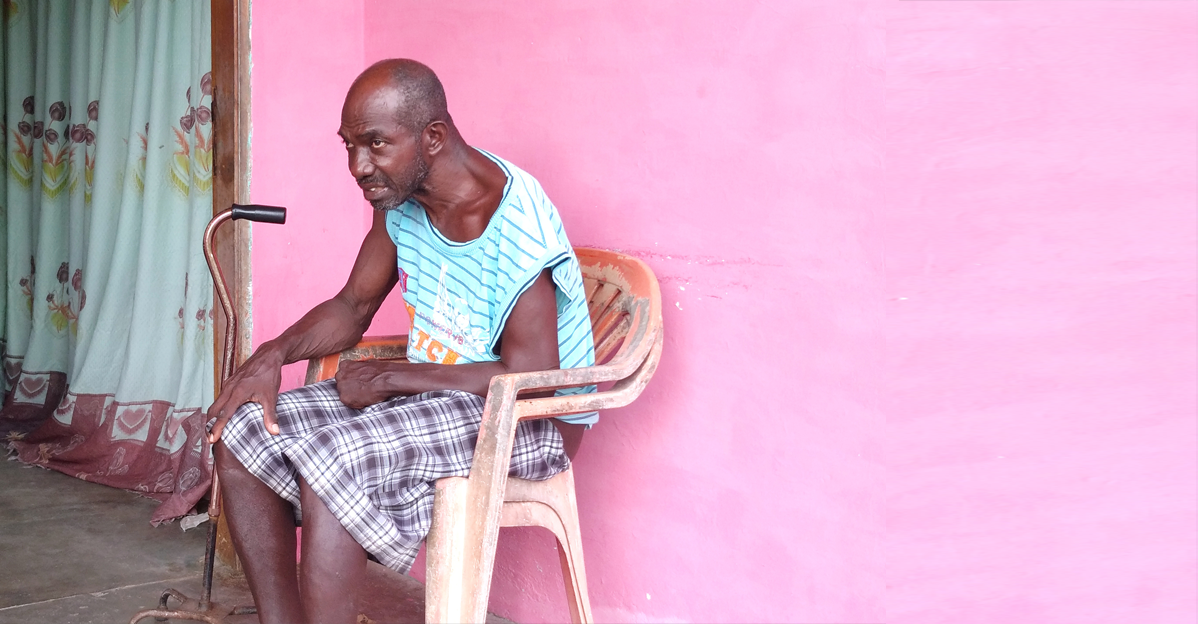 Despite having been considered by Christopher Columbus as "Land of Grace" for its incomparable beauty, and having three national parks and more than 60 natural monuments, the province of Sucre is one of the most food insecurity affected entities, as a result of the economic crisis that the country has been experiencing since 2016.

A survey conducted in the month of November 2021 by the Venezuelan Observatory of Food Security and Nutrition (OVSAN by its acronym in spanish), determined that in the state of Sucre 73 % of households choose to eat less preferred or cheaper food, while 56 % were in the need to reduce the portion.

The survey also indicates that 47% of respondents were forced to cut back on health and education expenses in order to eat, while 46% had to borrow money in order to buy food. Another 41% bartered to meet their food needs.

An alarming fact found by OVSAN is that the frequency of fish consumption in the region has decreased considerably compared to other years, with only 46% of households evaluated consuming fish less than three days a week. (Sucre is the principal fish producer in the country)

For a diet to be healthy and balanced, the plate must be integrated with proteins, carbohydrates, vegetables and fruits. However, in Sucre State, 53% do not eat fruits, 90% do not incorporate legumes to their plate, 77% do not eat green vegetables and 96% do not eat animal protein.

Data from the Venezuelan Observatory of Food Security and Nutrition estimates that 2% of the population of Sucre state is in severe food insecurity, 20% in moderate insecurity and another 22% in mild insecurity. In addition, almost 2 out of 3 households have a marginally secure food supply, i.e. they eat because they sacrifice the rest of their needs and only 11% of households are able to meet their food and other basic needs.

According to estimates by the Food and Agriculture Organization of the United Nations (FAO), food insecurity occurs when a large part of the population "does not have physical or economic access to food in sufficient quantity or quality for their health and development".

The politician, lawyer and deputy to the 2015 National Assembly for the state of Sucre, Robert Alcalá, affirms that currently in the entity there is a supply of everything.What is sought is found in supermarkets and bodegones, people pay in dollars or bolivars -

The former opposition deputy also recognizes, however, that part of the inhabitants of the region are eating cataco fish, which is one of the cheapest. - In Sucre there are two sardine banks, which is what is most consumed due to its low cost, but they are not working - and that the population is consuming corn arepa and the grains brought by the Clap box. He emphasized that the majority of the population does not receive the food benefits. All of which creates a terrible inequality among the people of Sucre.
The FAO has warned that Venezuela is in the second place -only surpassed by Haiti- in the list of countries where hunger and lack of conditions prevail. 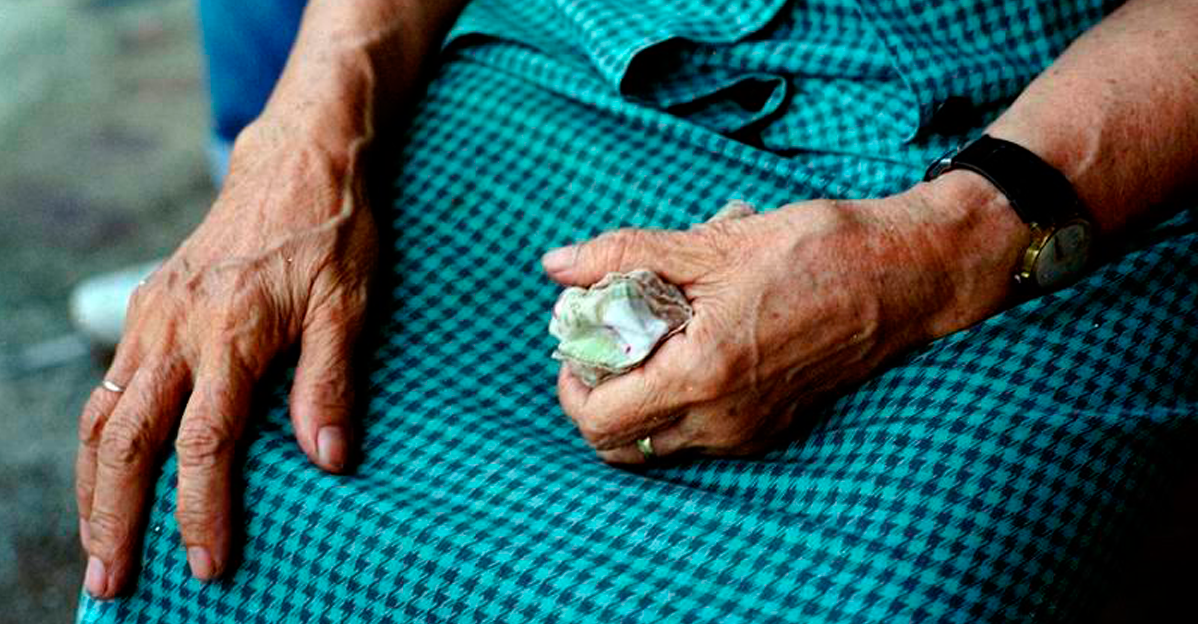 Marina González lives in Casanay, another small, popular and picturesque town in the state of Sucre. All her life she has dedicated herself to selling food at a kiosk on the beach. He comments that since the 2016 economic crisis nothing has been the same and not only because of the monetary issue, but also because of the deficiency in public services.

On this, the OVSAN survey states that 7 out of 10 families in Sucre state do not have access to piped drinking water.

Robert Alcalá points out that the situation with water is serious, since in 15 municipalities of the state there is a lack of water. There are communities that have more than six months without the resource - he said.

The electrical situation is another problem affecting the state of Sucre. According to the survey conducted by the observatory, almost all of the families surveyed do not have access to a domestic gas cylinder for cooking. In some towns the only option is to cook with firewood.

In all of the homes in Sucre state, there is no electricity several days a week. 100% of the households surveyed reported that they ran out of electricity at least once a week - states the OVSAN study.

The phenomenon of migration did not only occur in the country's cities. Inhabitants of the most remote villages of Venezuela were forced to look for new opportunities and a better quality of life in other lands.

Such is the case of Johan Carreño, an 18-year-old inhabitant of Carúpano (a province of the state of Sucre) who barely came of age in 2019 to go to work in Colombia to help his parents and his four siblings with food expenses.

In 24% of the household groups surveyed in Sucre state, at least one member has emigrated to another country in the last five years. That translates to 6 out of 10 households, according to data compiled by the Venezuelan Observatory of Food Security and Nutrition.

The latest 2021 edition of the National Survey on Living Conditions in Venezuela (Encovi), prepared by the Andrés Bello Catholic University (Ucab) determined that the Venezuelan population dropped to 28.7 million, while the UN estimates that the total number of migration already exceeds five million Venezuelans.

Extreme poverty was one of the most alarming indicators of the measurement made by the Encovi in the last quarter of 2021. Total poverty reached 94.5%, while poverty reached 76.7% after registering 67.7% in the previous edition.

The Center for Documentation and Social Analysis of the Venezuelan Federation of Teachers Cendas-FVM in its last measurement to determine the price of the Family Food Basket in the month of December 2021, indicated that the value of the same was $431.71 or 2,024.71 bolivars.

That is to say that to acquire the basket with 60 basic products for one family are needed 289.24 monthly minimum wages. It should be noted that currently the minimum wage in Venezuela is 7 bolivars, (a little less than two dollars per month) In 2005, the World Bank defined all people earning 1.25 dollars or less must be considered to live in a situation of extreme poverty. 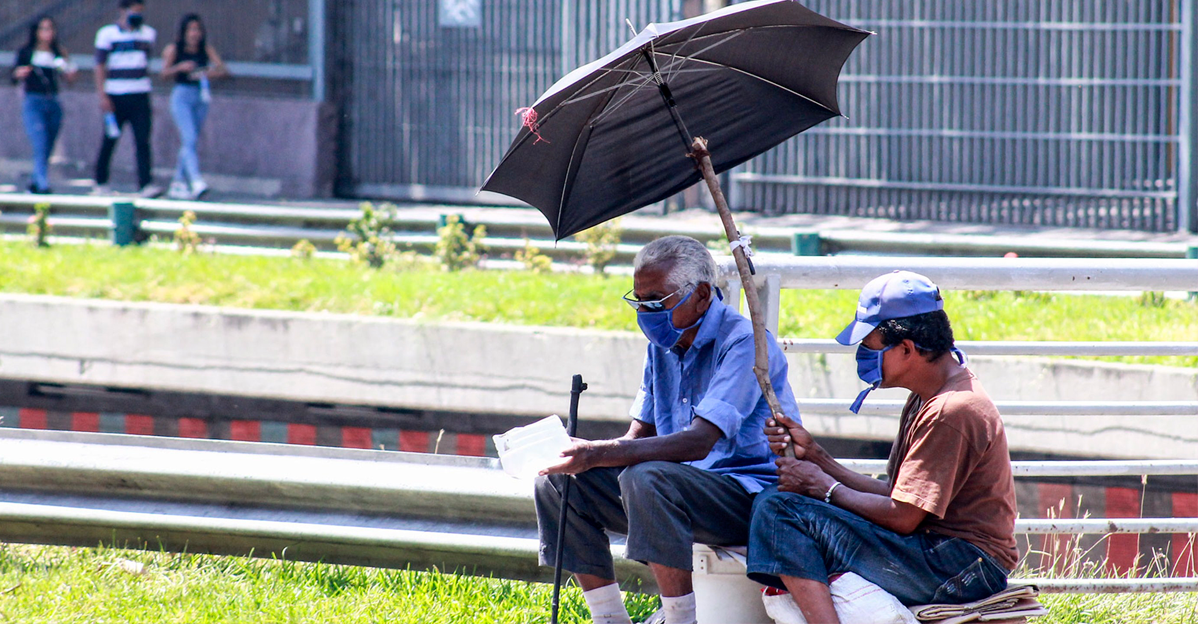