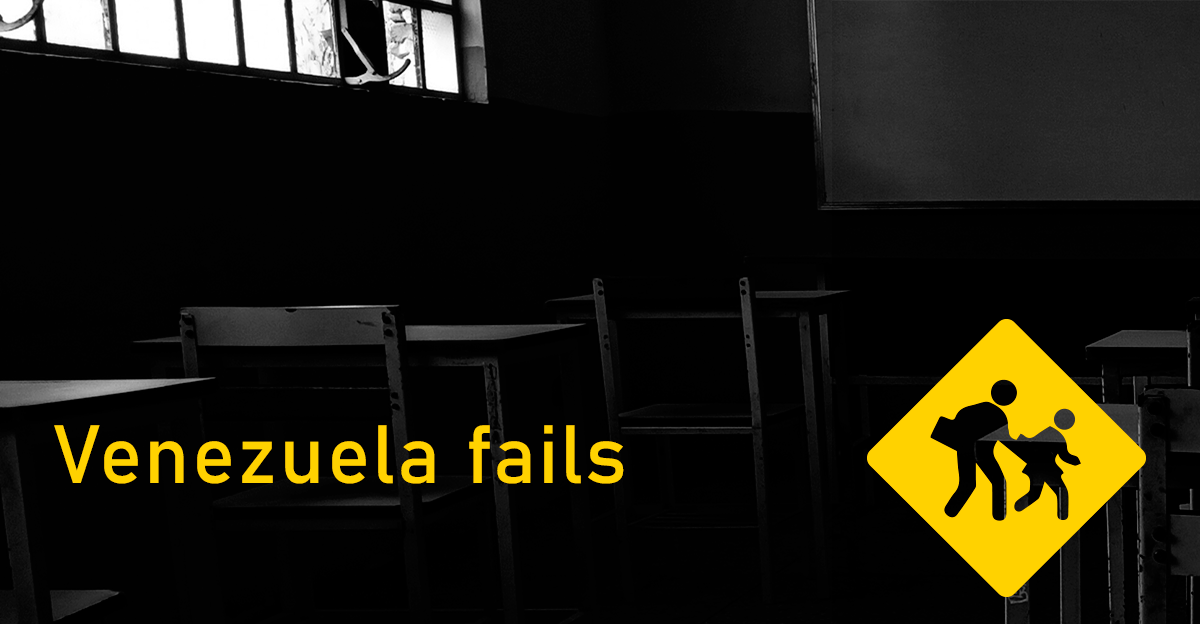 To speak of a relatively standardized educational system in Venezuela, it is necessary to go back to the second decade of the 19th century, in which we can give an account of the works of Don Simón Rodríguez and Don Andrés Bello to define, at least, some educational ideals that are maintained without much change, in terms of what concerns to the strictly curricular content, until the beginning of the 20th century, when, with the arrival of Catholic religious congregations, the deepening of the educational structure is promoted as a primary need that, in addition, complies with its legal carácter of fundamental right. 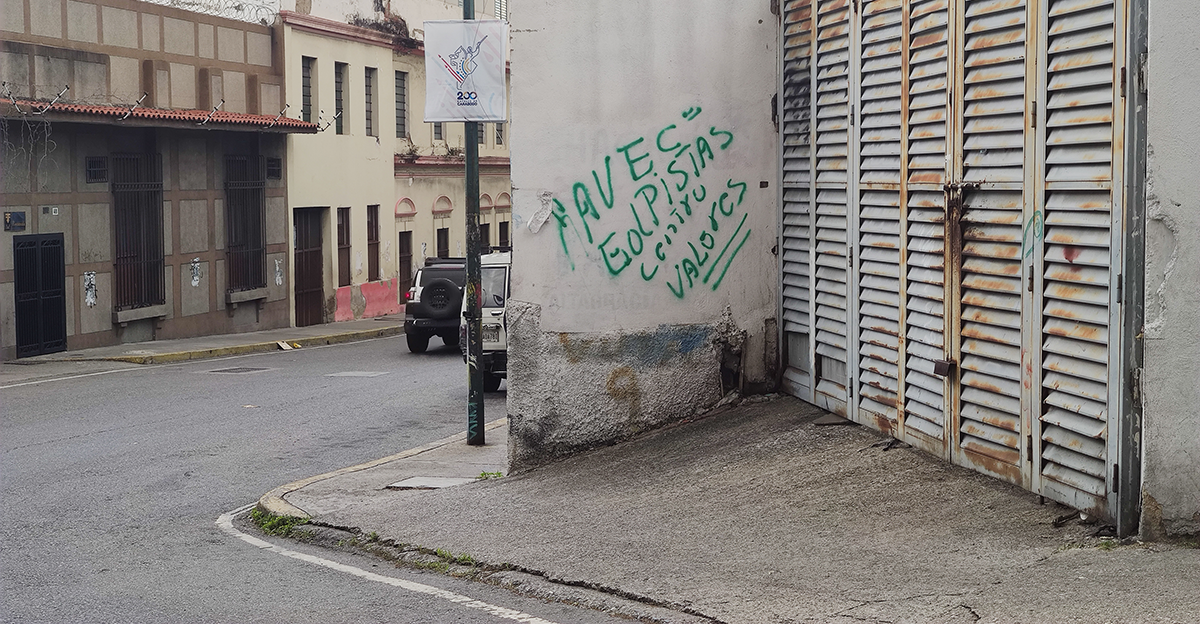 Thus, for example, the dictatorship of Juan Vicente Gómez (ended by 1935) makes visible the need to prioritize education in the Venezuelan Republic: the Ministery in charge changes its name to National Education Ministery in 1940, a Law on Education is approved at the same time in which the Pedagogical Institute is created and, later, in 1948, the Organic Law of National Education was promulgated whit an special interest in adult literacy.

The advent of democracy and the 1961 constitution tried to take care of the problem by putting education as the basis for the promotion of autonomy and opportunities for each person so they can develop their potential in accordance with their expectations and aspirations. Education is defined, for the first time as an inalienable right of the individual and the state is assigned a primary and unavoidable role in promoting development and encouragement ofi t. The mandate started to become notoriusly failed in 1997, year that is considered by many as the beginning of a deep crisis within the organizational structures of the sector, which has only worsened.

Various laws and regulations enacted since 1999 recognize the educational process as both a right of citizens and a social duty; The truth, as we will detail later, is that Venezuelan public education does not escape the problems derived from the deep crisis that Venezuela is suffering, worsening in the context of its use as an ideologizing tool in search of a single thought. 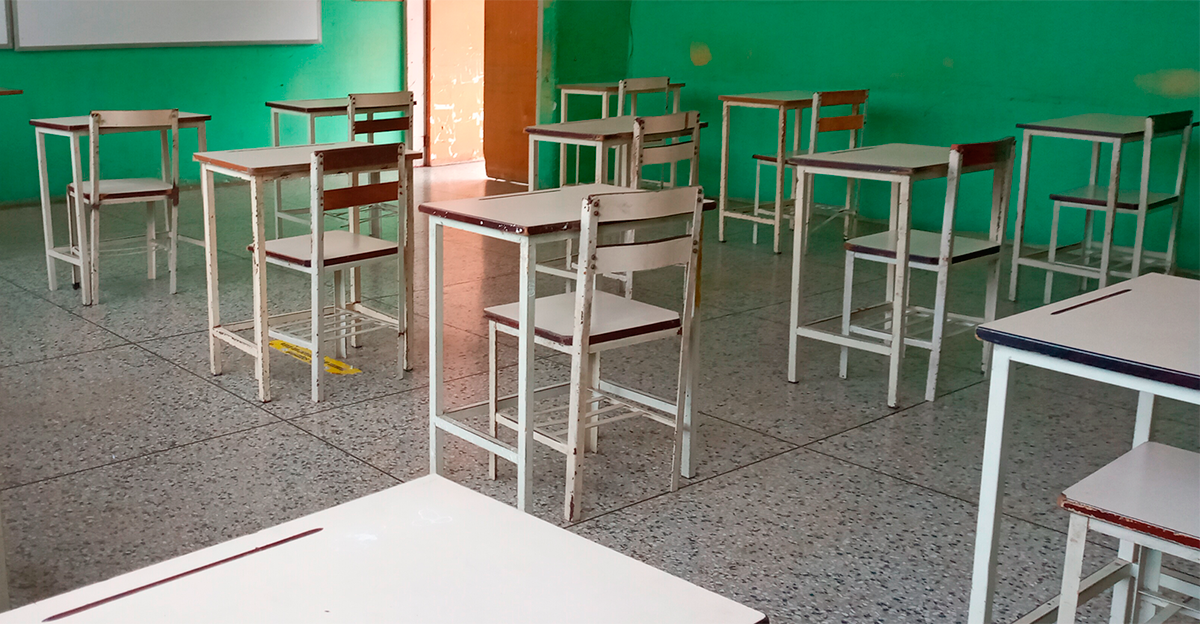 The crisis of Century XXI

While the current deterioration of the Venezuelan educational system could be awarded to the COVID 19 pandemic, the true cause of their aggravation is, as we have said, the Emergency Humanitarian Complex (EHC) in which the country have fallen since 2015

According to the HCE National Report About Right to Education 2018: This emergency has devastating effects on the lives and welfare of all people, including severe damage to the process of development of all children and adolescents and their future in the education rights (…)".

Various factors such as lack of economic resources and basic services (transport, electricity, water and drainage of wastewater) have hampered the normal functioning of schools. However, with the arrival of the coronavirus to Venezuela, and the attempt to implement a new model of education at a distance, these problems became entrenched in most states, moving to homes that became home studios without counting with the minimun resources such as internet access and live with constant power shortages and failures in telecommunications.

By June 2021 HumVenezuela estimates that the dropout increased by almost 8%, which is alarming, since 2018 there were more than 1,000,000 (one million) of school children.

Given this fact, the general coordinator of excubitus, Alexis Ramirez, categorizes the reasons for abandonment into two main subjects; An economic one and the educative itself. The economic factor involves lack of food, evidenced from the 2016-2017 school year, when 69% of schools stopped receiving breakfast through the School Feeding Program (PAE). From 2018, PAE came only twice a week with vegetables and carbohydrates, no protein that will provide a minimum of calories and nutrients, increasing malnutrition in schools.

These economic factor includes the failure of basic services both in homes and schools. Before the pandemic, at the least 50% of educational institutions reduced the number of effective school hours to avoid health problems since the lack of drinking water caused gastrointestinal diseases with many cases of severe diarrhea within the student population 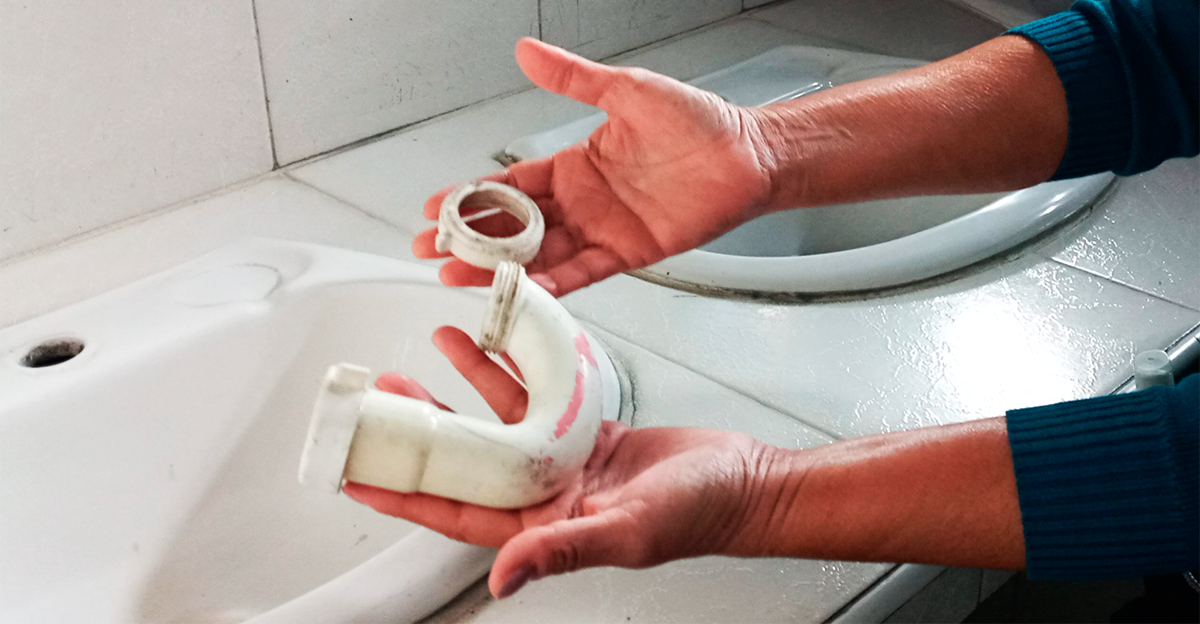 Also, the lack of financial resources hampers the functioning quality of the schools; for example, in 2018 the postural ailments increased by lack of provision of school desks for students, and desks and chairs for teachers. Several campus reported 16 desks for 160 students, so students must attend classes sitting on the floor. In turn, the economic situation makes the acquisition of uniforms and school supplies almost imposible for the majority of people. What is called “The school basket” amounted to 30 minimum wages in 2018. All these factors encourages the need to work, "many boys have decided to work instead of attending school to support the economic situation of his family",says Ramirez.

The other factor of abandonment explained by Ramirez, refers to educational itself, since there is an irregular patron of attending school activities, including the distant mode (estimated at 67%), which althought linked to economic causes, provoques discouragement in students to attend school. This factor must be added the school lag meaning the level to which the boy is vs. the level to which he should be for his age.Although 2018 was 15% more severe the educational underachievement - mainly due to lack of food and wáter - today is has intensified for those without an educational environment at home or, for those that do not have appropriate technologies (88% of groups family reported lack of computers and Internet). 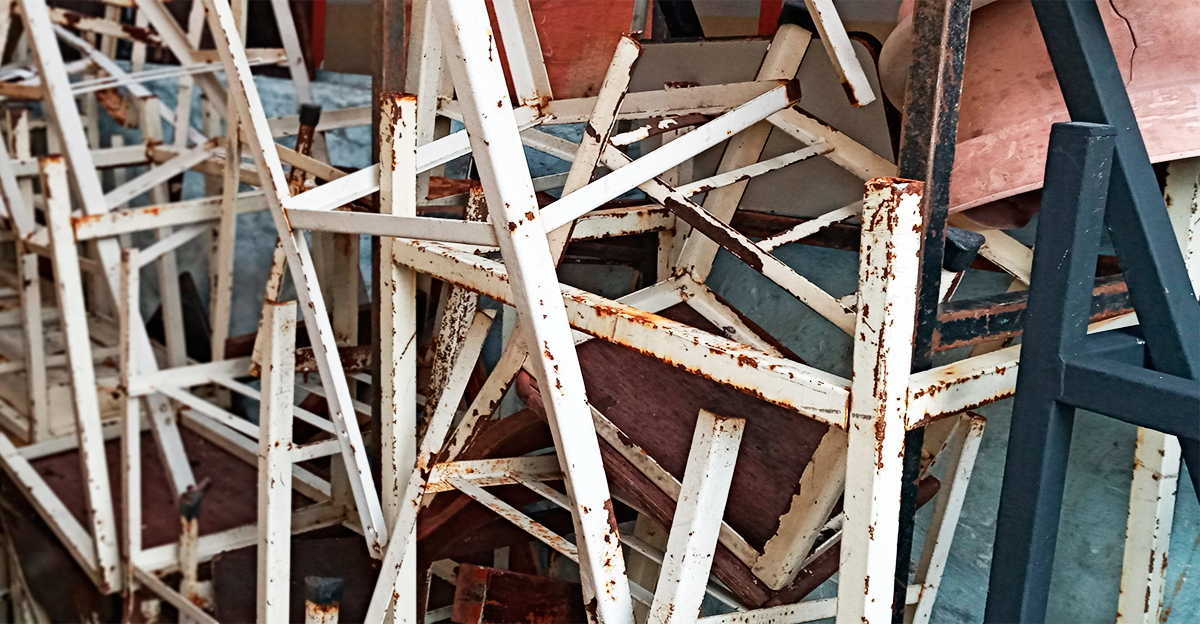 On the other hand, Ramírez explains that there is a deficiency in the educational curricula for being outdated, "without being in accordance with what is dictated by the Right to Education, and much less with advances in science and technology."Added to this problem are "promotions without competition",that is, students are promoted with an evaluation system that does not certify that they have the skills for the degree. In addition, if they have not passed the evaluations, they lose validity as they are repeated and, the students end up doing social work within the schools to pass.

In 2014, the National Government decided to make a profound change in the curricula of basic and secondary education. Civil society responded with grave alarm under the cry of "Don't mess with my children," trying to respond to one of the most blatant indoctrination processes known in Venezuelan public education: the mandatory use of unique textbooks which contained "official" versions of the country's history and some drastic misinterpretations of physical and natural phenomena that advocated their teaching from a "socialist" perspective. ´ The books that endorsed this “educational revolution” were distributed in both public and private schools in order to unify the secondary education pensum and its subsequent evaluation process. The process get complicated even more by the recomendation of the Ministry of Education to prevent the failure of students at all costs. To tell the truth, to date, there is no quantifiable result of what these changes achieved, and indeed each institute did what it considered prudent. The measure somehow made schools rethink their methods and gradually eliminated the use of textbooks, more for economic reasons than otherwise. In the end, the arrival of the emergency situation due to the Covid-19 pandemic undid all plans.

With distance education, evaluation systems deteriorated even more. Although the teachers try to made continuous weekly evaluations through the mail or instant messaging applications, 75.9% of the teachers did not have a regular internet service.

Although the De facto government created the program “Each family is a school” to guarantee education to the entire student population, it “breaks all the attributes that have been established in the world so that distance education can be considered; since these are contents that are presented in a television program that does not constitute a true education at all ”, explains Ramírez. 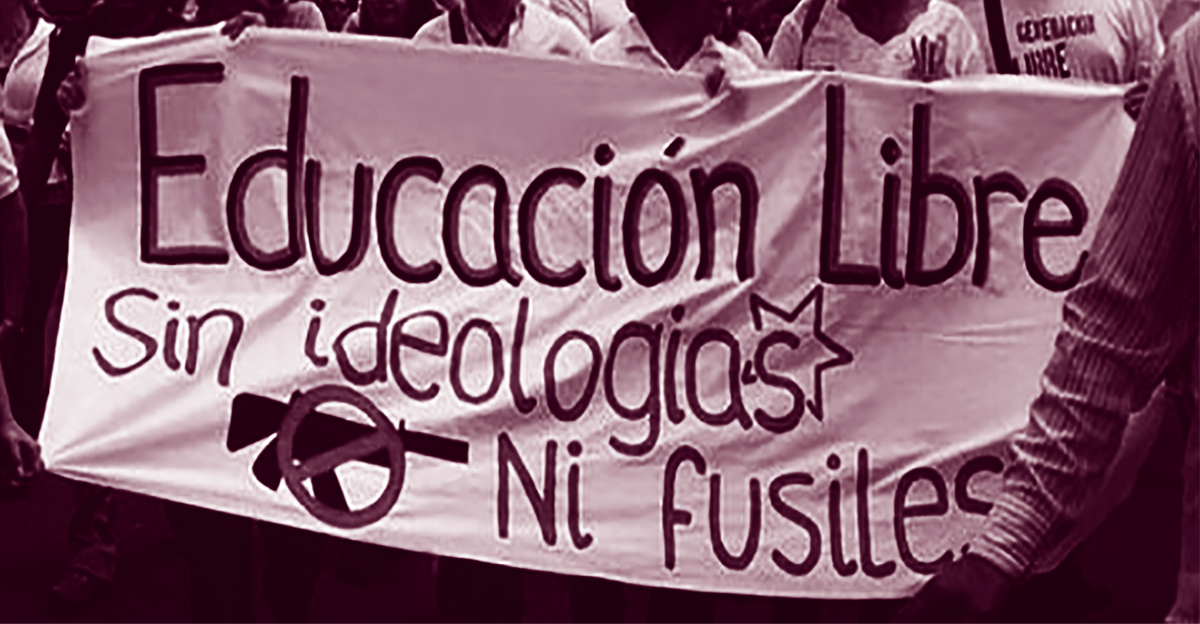 Since 2015 (the same year that Venezuela was considered a case of HEC) there has been a deficit of teachers, to a 83% in 2021. In relation to this, the director of Excubitus explains that teachers withdraw formally (following the protocol to withdraw their documents and leave the country) or informally (dedicating themselves to tasks other than teaching that allow them to survive), in search of a better life. It is estimated that by 2018 at least 40% of basic education teachers migrated for survival.

The main reason for his retirement is salary, which experienced a 98.6% drop this year, placing it below the international poverty line. Faced with this situation, teachers are replaced by unqualified people such as, for example, young people from the socialist mission “Chamba Juvenil” (who use education as an ideologizing tool), and even parents and representatives who assume the work of the teachers, without guaranteeing a quality education for the academic, social and emotional development of infants and young people. Before the pandemic, 80% of school administrators and teachers were appointed without a fair selection and credentialing process. 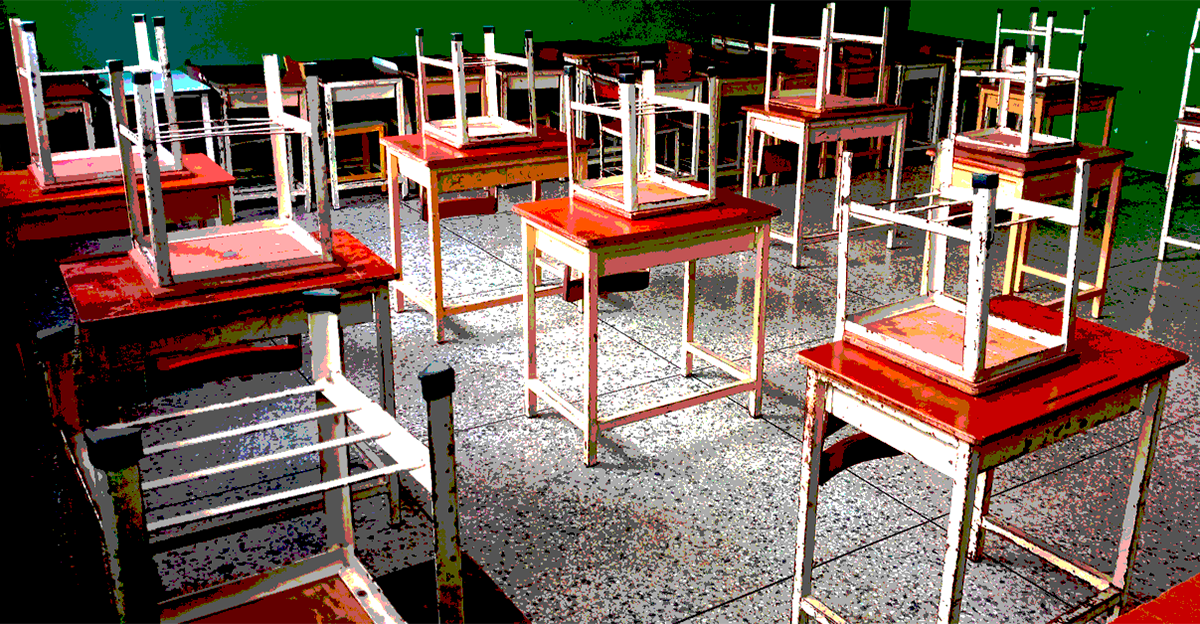 Despite this gloomy outlook for primary and secondary education, the government announced the return to face-to-face classes on October 25 2021, along with the program A drop of love for my school in order to guarantee the maintenance and operation of educational facilities in the 2021-22 school year.

Although this program could be a rehabilitation plan for the schools, most of them already had a very severe deterioration before the pandemic due to high infrastructure and personnel deficits (in 90% of the schools from which information was obtained there are neither maintenance and cleaning personnel nor provision of cleaning supplies)

In addition, since 2018 most of the schools (close to 100% of the official schools) do not have official resources for operation, maintenance or repair of the facilities; now, much less, to comply with the minimum hygiene measures -such as the lack of water for hand washing, and detergents for disinfection of spaces-, as well as to follow biosecurity standards, namely: ventilation of the classrooms or enough space for adequate distance between students. Likewise, although the cost of face masks or gel seems affordable, Ramírez expresses that they can misalign the family budget for the purchase of food. 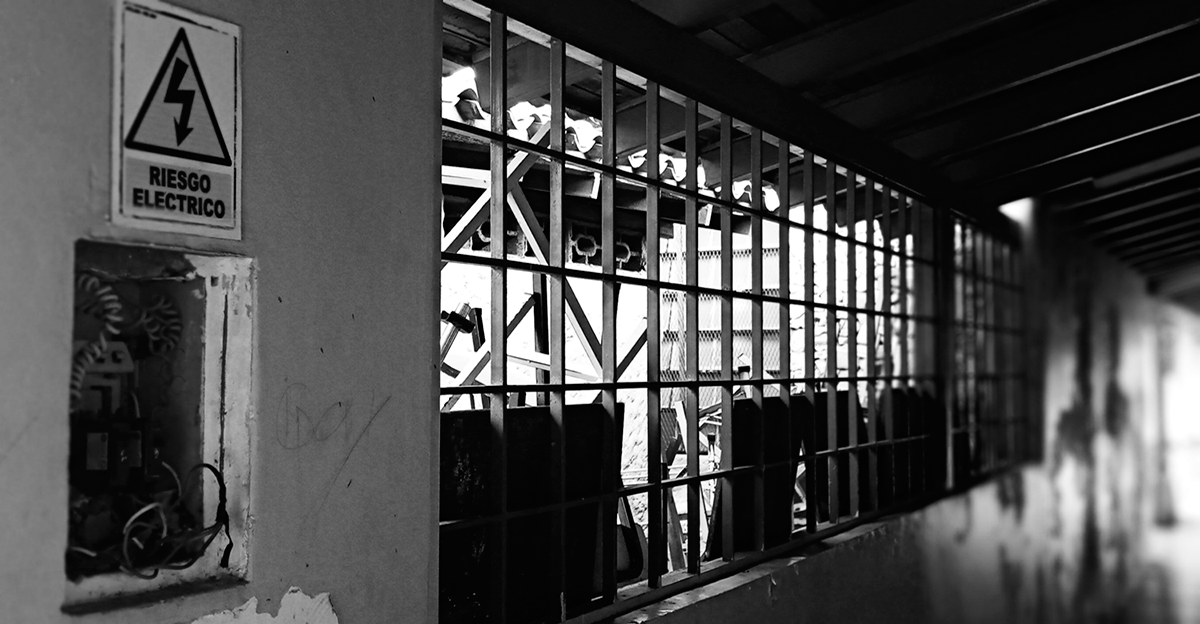 Faced with this precariousness, the position of the president of the National Academy of Medicine, Enrique López Loyo is evidente: This is not the time to call for a return to face-to-face classes; because Venezuela is going through a third wave of Covid-19. His announcement has been confirmed by the closure of 49 schools in the country due to Covid-19 cases during the first fifteen days of face-to-face classes (data from El Pitazo November 11, 2021).

And although the director of Excubitus expresses that the contagion of Covid-19 with the return to classes "is up to a certain point normal, since the same thing has happened in other countries,"he emphasizes that while the Government does not provide everything necessary In order to improve the hygiene and biosecurity of the schools, the cases of contagion will continue to increase, to which the precarious health system is added as a problem.

To close, Alexis Ramírez expresses that the lack of state resources is not an excuse to violate the Right to Education, since the treaties signed by the Republic order the government to seek external resources to fulfill its obligation to guarantee an education in accordance with the international standards and treaties. However, since 2015 there is no official public information on the management of education, and the government has not demonstrated capacity to solve the serious problems that affect schoolchildren. 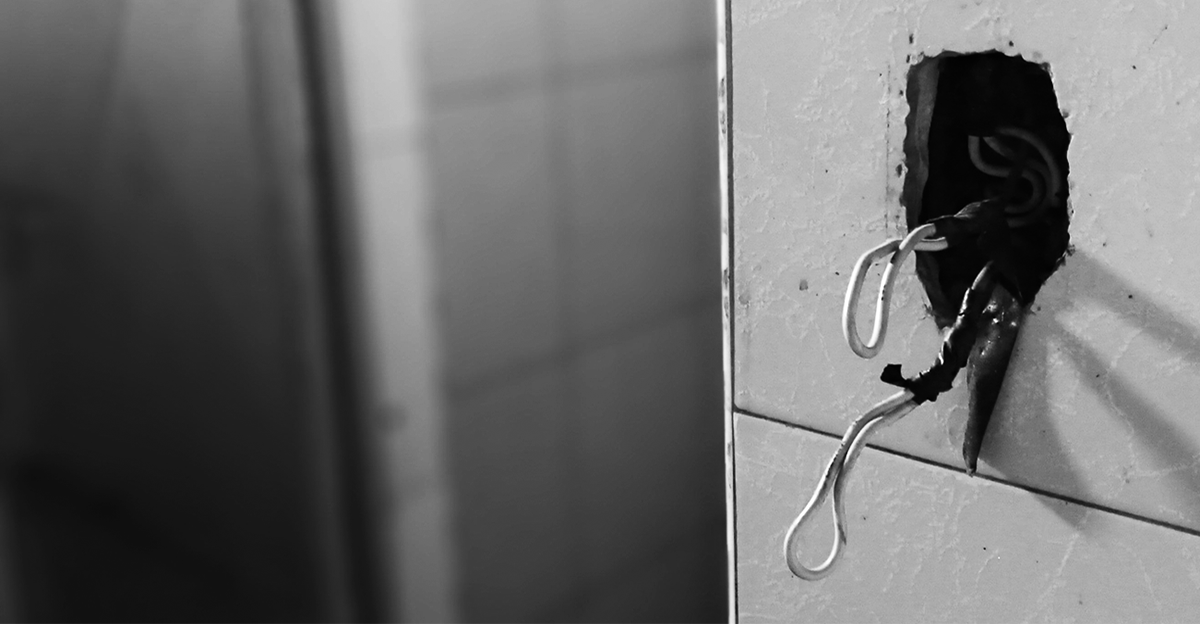